When describing this group of women, Alice Ashley said, "We were women with electricity in our veins, cement dust on our shoes, sawdust on our minds … busy, busy, busy, filthy things. " In the first year of its existence, Women in Construction raised over $2,700 to donate to the Foundation for Visually Handicapped Children. They wanted to branch out beyond Fort Worth in search of other women to join the organization, but they discovered the charter was not adequate and did not have the powers to organize other chapters. Women in Construction of Fort Worth amended their charter to incorporate other chapters in Texas and throughout the nation. In doing so, on May 17, 1955, they became The National Association of Women in Construction. The Atlanta chapter was chartered in 1961, with Lettie Nixon installed as our Charter President.

Advancements were made over the years with the inception of The NAWIC Image in 1969, the official publication detailing Association news. In honor of the founding members, The NAWIC Founders Scholarship Foundation (NFSF) was created in 1961 to award scholarships to students pursuing construction-related studies. The NAWIC Education Foundation (NEF), founded in 1972, developed programs to enrich the minds of children as well as adults.

Over 50 years later, there are now over 50 members in our Atlanta chapter and NAWIC has spread throughout Georgia into Sugarloaf and Columbus too. We are an active chapter- several members of our chapter have served on the NAWIC Board as either an officer or NAWIC Director.  We feel honored to have had their expertise and example of leadership.

Throughout NAWIC's growth, the cause of NAWIC has stayed the same: To enhance the success of women in the construction industry. NAWIC has many education opportunities: For children - to explore and open their minds to the possibilities construction offers as a career choice; For Adults - to further their careers with certification courses. For more than 30 years, NEF has offered creative and educational programs for students from grade school to high school and adult certification programs. The Foundation's award-winning Block-Kids program, Building Design Program and the CAD/Design/Drafting Scholarship Awards competitions introduce students to careers and opportunities in construction. NEF offers four adult continuing education certification courses which are administered through Clemson University; Certified Construction Associate (CCA), Construction Document Specialist (CDS), Construction Bookkeeping Technician (CBT), and Construction Industry Technician (CIT). Since its founding, the NAWIC Founders' Scholarship Foundation (NFSF) and NAWIC chapters nationwide have awarded more than $4 million in scholarships to students pursuing construction-related studies.

NAWIC has developed nationally recognized awards programs to celebrate the achievements of women in the industry, as well as supporters of women in the industry. The national campaign for Women in Construction Week is held the first full week of March each year and provides opportunities to celebrate women in construction and to educate the public of their cause. The NAWIC Image, the national bi-monthly magazine showcases the efforts, causes and issues of NAWIC members and the construction industry. NAWIC provides education, networking, legislative awareness, industry and community involvement, personal growth and development and lasting friendships. NAWIC is the voice of women in construction.

Our association has adopted several objects.  These are an integral part of our function and purpose.  Along with the NAWIC Education Foundation (NEF) and the NAWIC Founders Scholarship Foundation we have the opportunity to promote, educate and inform our members as well as the construction industry in general.

“To unite for their mutual benefit women who are actively employed in the various phases of the construction industry”.  As you attend meetings you will hear program speakers and learn about your fellow members. You will become aware of the professional contacts, opportunities for continuing education, and involvement with others in our industry.  This awareness has allowed many of our members to grow professionally and develop long-term personal friendships.  We have the opportunity to learn about the many facets of our industry.

“To promote cooperation, fellowship and a better understanding among members of the Association”.  As a member, you receive a subscription of our national publication, The IMAGE.  You can gain insight into the activities, projects and various committee functions on both the chapter level and the national level.  As you become more involved with the chapter committees, you may desire to advance to the regional and national level.  Our members chose their own level of participation depending on their work and personal responsibilities.  Many of the skills you develop through your committee work you can use to further your career in the industry.

“To promote education and contribute to the betterment of the construction industry”.  The NAWIC Founders Scholarship Foundation was established at the Atlanta convention in 1963, to honor the original sixteen founders. The endowment fund created by voluntary contributions from our members continues to be self-supporting from investments.   The Foundation grants scholarships to those students whose education will make them viable construction industry employees.

The NAWIC Atlanta Scholarship Foundation (NASF) awards local students a scholarship in a construction industry related program.  The proceeds for this fund come from donations from our chapter and individuals as well as NASF fundraisers.  NASF’s board is made up of NAWIC members from the Atlanta chapter and others from the construction industry.  NASF is a 501(3)c non-profit organization.

“To encourage women to pursue and establish their careers in the construction industry”.

The NEF has developed educational programs in the construction and business management field.  Several of these programs are suitable for independent study, as well as seminars at our monthly meetings or as a fundraiser open to the public.  Monthly speakers will present a variety of informational programs on various industry topics.  We have enough variety in programs throughout the year to inform our diverse membership.

Would you like to find out more about NAWIC?

If you would like more information on the National Association of Women in Construction and our NAWIC Atlanta Chapter or are interested in attending an upcoming meeting, contact us using the form below: 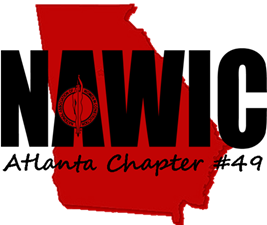 Come Check Us Out!

NAWIC Builds Your Education.
Your Career.
Your Future!

The Time to Join is Now!